What Gemstone Cut Is the Best & Sparkles Most?

People often ask us what the "brightest," "sparkliest," or "liveliest" gem cut is.

In order to fully answer that question and to help you make the right decision when choosing the gem that is best for you we created this page on gem cutting styles and their impact on the gem’s appearance. To start we have a short video below to help you understand cut quality, why it is important and how to tell a well cut gem from a poorly cut one. Then we go on to explain some of the terms we use in the gem trade to describe a gem’s optical qualities which the layman often lumps together under the terms “sparkle” or “brightness” and how all this translates into helping you find the gem you will love the most!


The most important factor when it comes to brilliance and "sparkle" is the quality of the gem cutting. Here is a short video tutorial we made showing the difference between good and bad gemstone cutting. 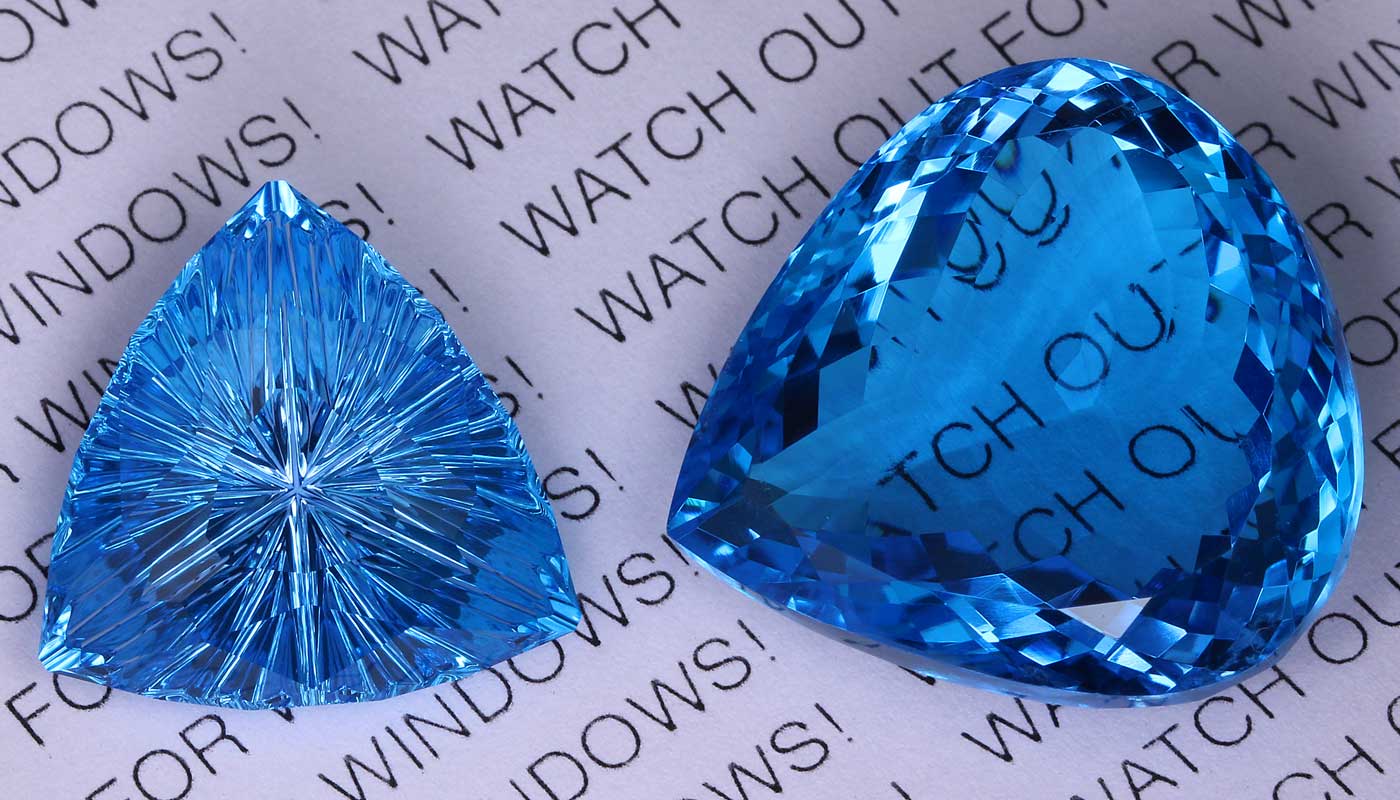 Another example of the difference good cutting makes on brilliance. In the image above both gems are blue topaz, but the gem on the left is well cut in our StarBrite™ cutting style and the gem on the right is poorly cut and "windowed" due to using incorrect angles on the bottom which results in a large "dead" area in the middle which doesn’t have brilliance and you can actually read through. See how much more light is coming back out of the gem on the left? We mention quality of cut in as it is relevant to this page, but the main goal of this article is to help you choose between two or more WELL CUT gems to know which will appeal to you most.

If you would like to see them we also have other informative videos on gem cuts and the differences in beauty and value this makes when selecting a gemstone.


Now to explain some of the terms that it is important to understand:

In layman's terms this is how bright the gem looks to the eye when both the gem and the viewer are stationary, this "perceived brilliance" has to do both with the amount of light reflected by the gem to the eye and the contrast pattern created by the cut. (The eye perceives a gem with strong contrast of light and dark reflections as brighter than a gem that reflects the same amount of light but does not have much contrast between reflections.)

Illustrating the impact of contrast on perceived brilliance: Which circle looks brighter to you? People almost universally choose the circle on the right as the most brilliant, even though the ratio of white to black in the two circles is identical (50/50). The difference is the distribution of these light and dark areas, since in the circle on the right they are more broken up it looks "brighter" or more brilliant to the human eye.

Interestingly (to us nerdy types at least) a gray circle with 50% saturation, even though it still has the same amount of white and black, will look less bright to the human eye than either of these prior circles with separate white and black sections. This is because it lacks contrast. To a machine measuring system ALL these example circles would be equally “bright” (because they have an equal mix of white and black).

What does all that mean in practice? It means that gems with a cut that has a more complex brilliance pattern often will appear more brilliant to the human eye even if they actually reflect the same amount of light. The picture above has two blue topaz of the same shape, the one on the left is a precision cut flat faceted gem and the one on the right is a concave faceted gem. (Both gems have our cutting.) To most people the gem on the left with concave facets will look more "brilliant". That is because its light and dark reflections are divided up by the curved facets on the pavilion of the gem into many smaller reflections. This breaks up the brilliance pattern into a far more complex and bright looking whole. See how the dark and light reflections are each much smaller in the concave faceted gem? Even though the ratio of light and dark reflections take up a roughly similar percentage of the total area of the gem the brilliance pattern is very different. (I find that this preference for an extremely complex brilliance pattern is not universal though, some people will prefer the larger brilliance reflection pattern like the gem on the left.)


As you can see from this video and illustrations, cut design AND cut quality have a significant impact on perceived brilliance. If you are buying a gem from us you can be confident that it is well cut, but there are also other factors that make many people’s choice come down to one of personal taste between two well cut gems of ours with different designs or gemstone cutting techniques. Read on to learn more about these subtleties.

When people use the terms "sparkle" or "lively" when referring to a gemstone, what they usually mean is a combination of brilliance (stationary brightness) and scintillation. Scintillation is the light moving and glinting off different facets INSIDE the gem as the gem is moved around. (Light glinting off surface facets is simple reflection and not what we are referring to when we talk about scintillation.) To observe scintillation either the gem, the light source, or the viewer must move at least somewhat. A still picture on the internet can show a gem that looks very "bright" and illustrate the brilliance of the gem under certain lighting conditions, but it cannot show scintillation because it is by definition static (not moving). (This is one reason why many of our gems now also have videos, to show them with movement.)